During the mining supercycle, productivity fell to its lowest in more than 30 years. Due to an unprecedented boom in commodity prices, the sector focused on production at any cost. However, the more recent exit from the supercycle has caused the industry to shift its focus to improving productivity by sweating incumbent assets, but this strategy will only go so far. Despite the industry’s booms and busts, the response has primarily been around maximizing volume during the boom, and slashing costs during the downturn. The nature of mining has remained the same for decades. Navigating the industry’s mounting challenges and achieving a breakthrough in productivity performance requires moving beyond the status quo and rethinking how mining works.

The mining industry is going through an intense period of change, in which digital and technology innovations have the potential to provide new levels of operational excellence and sustainable competitive differentiation. Emerging technologies can help the industry evolve with newer business models that can deliver improved productivity, cost savings and safety advances.

In this 3-part blog series, we discuss some of the digital innovations in mining that, over the next decade, have the potential to revolutionize operations and deliver exceptional shareholder, customer and environmental value. These technologies have long been in the works, and are now affordable enough to become operational at scale across the industry.

Autonomous equipment and operations can reduce the need for human operators in potentially hazardous mining environments, while also boosting the efficiency of operations. According to a report by Deloitte, the core operational processes in the future mining value chain will be highly automated and a wide range of digital capabilities will be deployed.

Advances in the capabilities of robots and automated machines have made it possible to take over activities traditionally carried out by human-controlled machinery, and offer the potential to reduce overall costs, improve productivity and enhance personnel safety. The most notable technologies in this space include exploration drones, 3D printing, smart sensors and robotic trucks, drills and trains. These technologies are already gaining momentum within the mining sector, and are expected to be deployed more widely as they become more affordable.

3-D printing is the process of making physical objects from a digital model using a printer. Though still in its nascent stage in the mining industry, this technology has the potential to transform the maintenance supply chain for mines by offering quick access to a broad range of critical spare parts during equipment failure. Production of spare parts on-site and on-demand can reduce lead times and eliminate the cost-intensive process of transporting parts to remote sites in the event of equipment failure.

Smart sensors using IoT technology can be embedded in mining equipment to monitor equipment health and trigger alerts to predict failures before they occur, giving the ability to react at the right time. Real-time operational information collected by these sensors also facilitates sophisticated decision-making at the operations center. The increasing use of IoT in mining will churn out large volumes of data related to production processes, operational environment, safety and other aspects of operations. Analyzing this data can provide useful insights on process variability and deviations from expected operating conditions in real time, allowing miners to take actions that drive higher process efficiencies and combat safety threats.

Drones are used to conduct aerial surveys of mining sites, and relay geophysical imagery and data to surveyors without interfering with regular operations. The usage of drones in mining spans visual inspection of equipment across a site to identify maintenance needs, monitoring of ore bodies in real-time and providing surveying and mapping data, among other operator-free tasks. As opposed to traditional surveying techniques, drones can vastly reduce the time spent by surveyors on site inspections, thus enabling safer operations.

According to a report by the World Economic Forum on Digital Transformation in the Mining and Metals Industry, greater use of autonomous machines could create $56 billion of additional value for the industry (from 2016 – 2025), through an increase in output, since they can operate 24 hours a day, 365 days a year at a constantly high productivity level. In both mining and metals, increased automation will create value for the industry through reduced personnel costs. The same report estimates that ~10,000 injuries will be avoided through autonomous operations from 2016 – 2025.

Stay tuned for part 2 of this post, where we will take forward the discussion on digital innovations in mining that will drive the mine of the future.

To learn more about our digital solutions at GroundHog, click here.

Want to know how Digital you are compared to your peers?
Answer 7 quick questions and we will give you a report showing you how you stack up against other mining companies 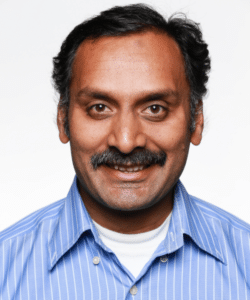 We analyze your responses to compare with industry databases and with our responses to our surveys, and our analysis of mining operations when we visit various mine sites all over the world. We will send you a custom report.

Your results are ready!

Book a time with us to go over your results.